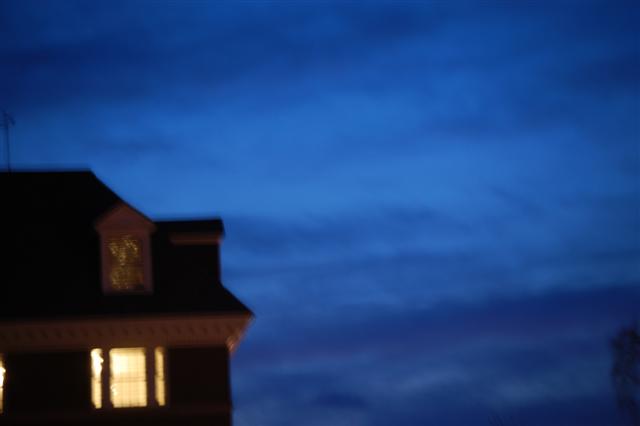 If they are still there, I doubt that they think much about me. I
wonder if it’s possible they’ve found someone else to bother; these
characters that I created out of thin air, whose fondest wish is to be
fully formed and to truly inhabit their own stories.

Maddy, the most recently created, is the most real to me. She
desperately wants to fly an aeroplane and wears goggles as an everyday
accessory. An encyclopedia of aviation is her constant companion. I
feel like I know her fondest wishes and dreams, can picture her as
clearly as any dear friend. Amelia and Bessie are her heroes—clearly I
am not. Verity visits me still, but I rarely hear from Dia or Amanda
(who’s probably very busy with her boyfriend Jeremy.) Lacey is
probably still questioning what is going on in her world that
technology keeps disappearing. Nina has been pregnant now for about 10
years and that poor young girl who lives in a cabin with a dirt floor
is still so curious about the person leaving books on her doorstop.
Given the state of her home she must desperately want me to write her
a happy ending, or at the very least give her a name. She often haunts
my dreams.

I wonder what they do with all of their free time? Do they curse my
name, mutter their unkind thoughts under their collective breaths? It
stands to reason that they know each other, have most likely compared
notes on their various states of undoneness. Have they considered
taking a vacation, maybe holing up in a hotel somewhere for awhile
until I can get my act together? Are there places they can go and meet
other not-yet-functional fictional characters? Maybe there are
conferences and retreats they can attend. Perhaps they can meet in a
cottage on the beach or an atelier in Paris. I imagine them signing in
at the desk, getting an agenda, figuring out if they belong in the
major or minor character groups. Does Lucy have Maude with her? Did
Dia bring 4-year-old Barnaby or is he still at home with Grace, his
mom? (I’ve been working on that story for close to 12 years, you’d
think I would have arrived at some conclusions by now.) Did Verity
come alone or with her parents? Did Keaton and Penelope come along
with her or did they decide they had better things to do at home than
sit around listening to the whining and complaining that seems to be a
natural outcome of these sessions?

Maybe, just maybe, they are all together; but instead of being upset,
they are sitting around with coffee and tea, some scones for all of
the kids and enjoying each other’s company. I can only imagine there
is much laughing and cajoling as if at a family reunion. Maybe they
are plotting, scheming and hatching a plan on how best to get my
attention. What can I say, I know I’m guilty of neglect and
abandonment. If I could, I’d rush out right now and get myself a
t-shirt that says “Don’t bother me now, I’m working on my novel.” Or
novels as the case may be. It’s hard to settle down and work on just
one, I get inspired and when I have a free microsecond I put pen to
paper. And in that moment those characters are as real to me as my own
family.

I guess all I can say, folks, is: “Don’t give up on me. I’m making my
way back to you. Wherever you are, just leave the light on, I’ll be
there as soon as I can.”