b ~ Have the strength to force the moment to its crisis? 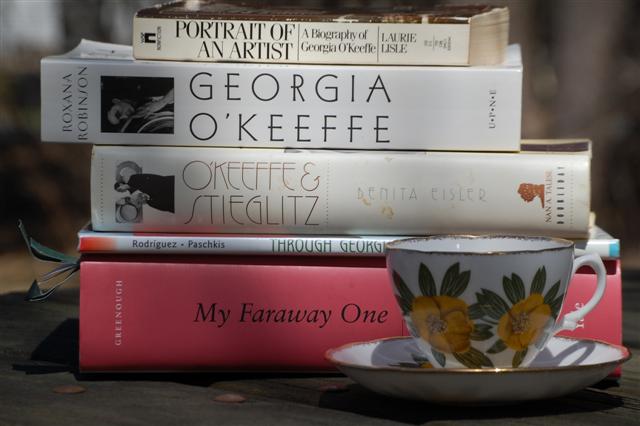 Friday I set up everything for our event. I had questions on big
sheets of paper hanging up around the library that the littles could
answer by placing a sticker next to their correct response. I had
everything organized, all set up and ready to go–then the ice pellets
started to fall from the sky. One brave boy and his mom made the trek
over by foot. He ran around the Children’s room looking for the places
that I had hidden the questions, urging his mum to follow him. He
seemed joyful, gleeful, like he had stumbled into an amusement park
with all of his favorite rides.  After they left the library was
silent, almost deathly quiet for the rest of the afternoon. I couldn’t
remember it being that empty in a very long time. The staff seemed at
a loss, not quite sure what we should be doing. Then someone flipped a
switch…  It felt like all of the kids from the nearby elementary had
been let loose and were making a beeline for our biography section.

The girls were excited and animated, tossing out ideas and names of
people they want to read about and study for their school projects. I
had known these girls since toddlerhood and now here they were
exploring the lives of others. Humming and buzzing, their excitement
was coming off in waves. I handed them each several choices. They
wanted artists, writers, scientist and someone yearned to discover
more about the life Julia Child led. I wanted to be a fly on the wall
and watch as they read through the books they decided upon, and
greedily took in the information. I couldn’t wait to see the
transformation. It wouldn’t be complete—far from it, but yet the very,
very beginnings of a something. I see a threshold before them,
something to step over; or maybe a gate to pass through.

I wonder, as a mentor or a role model, do I show them where to step
next? Do I guide them forward?

I went home feeling like the day had taken a turn for the better
despite the very slow start. The next morning the headline in the NY
Times greeted me. A sadness washed over me as I contemplated the death
of Maria Tallchief.

And then Monday, there was the news out of Boston.

I heard that the response team at the explosions had the instincts and
the fortitude to rush towards the blast to save those in need of help.
In a moment of crisis, would I do the same? I think of Eleanor
Roosevelt’s famous words: ‘A woman is like a tea bag- you never know
how strong she is until she gets in hot water.’ Would I rush towards
the devastation? I don’t know…

I do know that I love to read biographies; to take in those struggles
and hardships and ponder a life such as that. For me they show
examples of strength and perseverance. Of standing for what you
believe in, because it’s instinctively right– not because of fame,
fortune or anything else that may be promised.  These are the women
who went before me and I find myself following in their footsteps, or
maybe bootprints in drifts of snow that make the going that much
easier.

Rosa, Marie, Nellie and Anne–I want to be like that. Women who stood
for what they believed in and wouldn’t back down no matter their
fears. Women who broke molds, boundaries, glass ceilings, whatever
happened to be in their way.

I don’t know that I’m adept or capable of forcibly breaking
anything—but maybe I can put pieces back together again. In my life I
quietly pull out the books, put them on display and in the hands of
others. Maybe I’m not meant to do that, but I can do this.