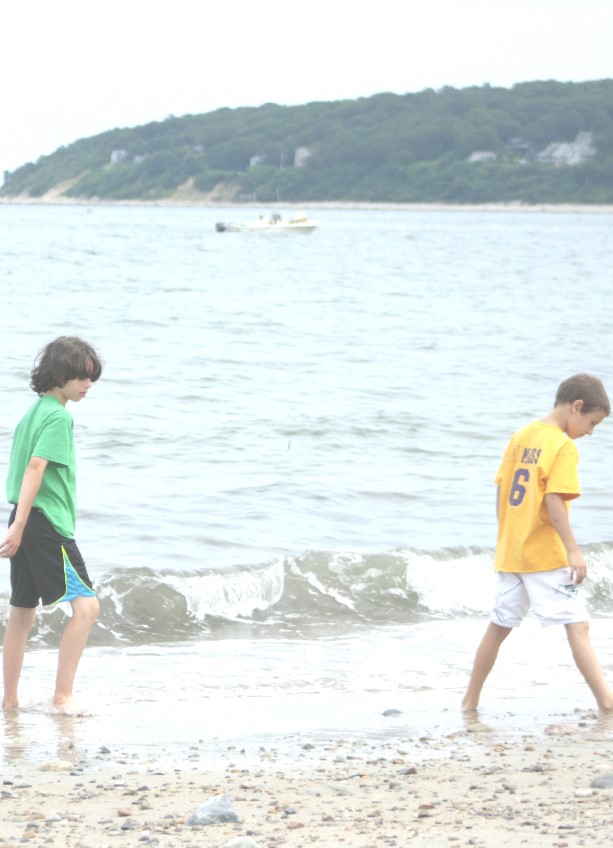 Did any of you see the Perseid meteor showers? I set the alarm for 3 a.m. Saturday night and when it went off, and then off again, I managed to detract myself from my very comfortable bed, made cozy by husband, smallest boy, and largest dog, and blearily stumbled down the hall to wake up T, who was weirdly chipper. We sat in lawn chairs in the driveway and watched the sky. I’ve seen plenty of meteors in my time, not to brag, and they are always worth being awake for. This one especially, because I had my oldest son to share it with. He explained to me what exactly a meteor was and then embarked on a story about a few Greek gods and how they ended up in the sky and then he entertained me by repeating Calvin and Hobbes comic strips. It was great. But I started nodding off in my chair and so we went in and back to bed.

The next morning, the first thing L said to me was “Mummy? Weren’t we all supposed to wake up and watch the meteor shower?”

Oh, poo. I must’ve promised him a viewing, too. So, that night, again I set my alarm at 3 a.m. and again I hit snooze and again I lumbered down the hall and again I settled into a lawn chair to watch the stars. L, however, unlike his older brother, was silent. Because he was asleep. No matter how often I gave him a nudge and said, “Hey, look at that one! Did you see that one?” he could not open his eyes for more than a hair’s breadth of a moment. That excursion ended early. Off we went back to our beds. In the morning he had zero recollection of our adventure, but seemed pleased and satisfied to have had it all the same.

When they are old men they will remember this summer differently. They may both have some ghost of memory of a meteor shower, but the hues and vibrancy and contrast of those memories will be far from each other, and their conversation about it might go something like this:

“Remember when Mom woke us up and we watched the meteor shower and let me talk at her her as much as I wanted to even though it was three in the morning and she could barely keep her eyes open?”

I do hope our other summer adventures offer more common material for their future selves to rehash over beers and potato chips. Like visiting Treasure Island on Lake Fairlee with dear friends every year. Having a campfire almost every night just because. Watching all the Harry Potter movies over the course of a very hot week. Camping at Jacob’s Brook every year with different dear friends. All the times I say yes instead of no when they think I’m going to say no.

Mostly I hope their memories, both shared and exclusive, offer a mostly peaceful childhood populated by ice cream cones and hugs and shooting stars.